Situated about 60 kms from Bangalore lies a beautiful and quaint little town of Channapatna which is also known as toy town or Gombegala Ooru (In Kannada).

The origin of Channaptna toys can be dated back to the days of Tipu Sultan who was the ruler of Mysore . According to historians Tipu Sultan was an ardent art lover and he had invited Persian artists to teach the art of toy making to the locals. It is also learnt that a man named Bavas Miyan took the responsibility to introduce Japanese doll making techniques to improve production and reduce the effort that went into making each piece of toy

The art has undergone dramatic changes over the years in terms of technology and design but what has remained constant is the use of environment-friendly and child safe vegetable dyes to paint and colour the products as well as using the locally available ‘Aale mara’ (ivory wood).

These days, the artisans are branching out on a wider scale and starting to use a wide range of wood to construct their toys, including rubber wood, cedar wood, teak as well as pine

Even today the toys and other products are made in small scale factories that employ very few people who know and understand the art. You can find that the surface of these factories are filled with saw dust and the strong smell of lacquer hitting your nostrils. 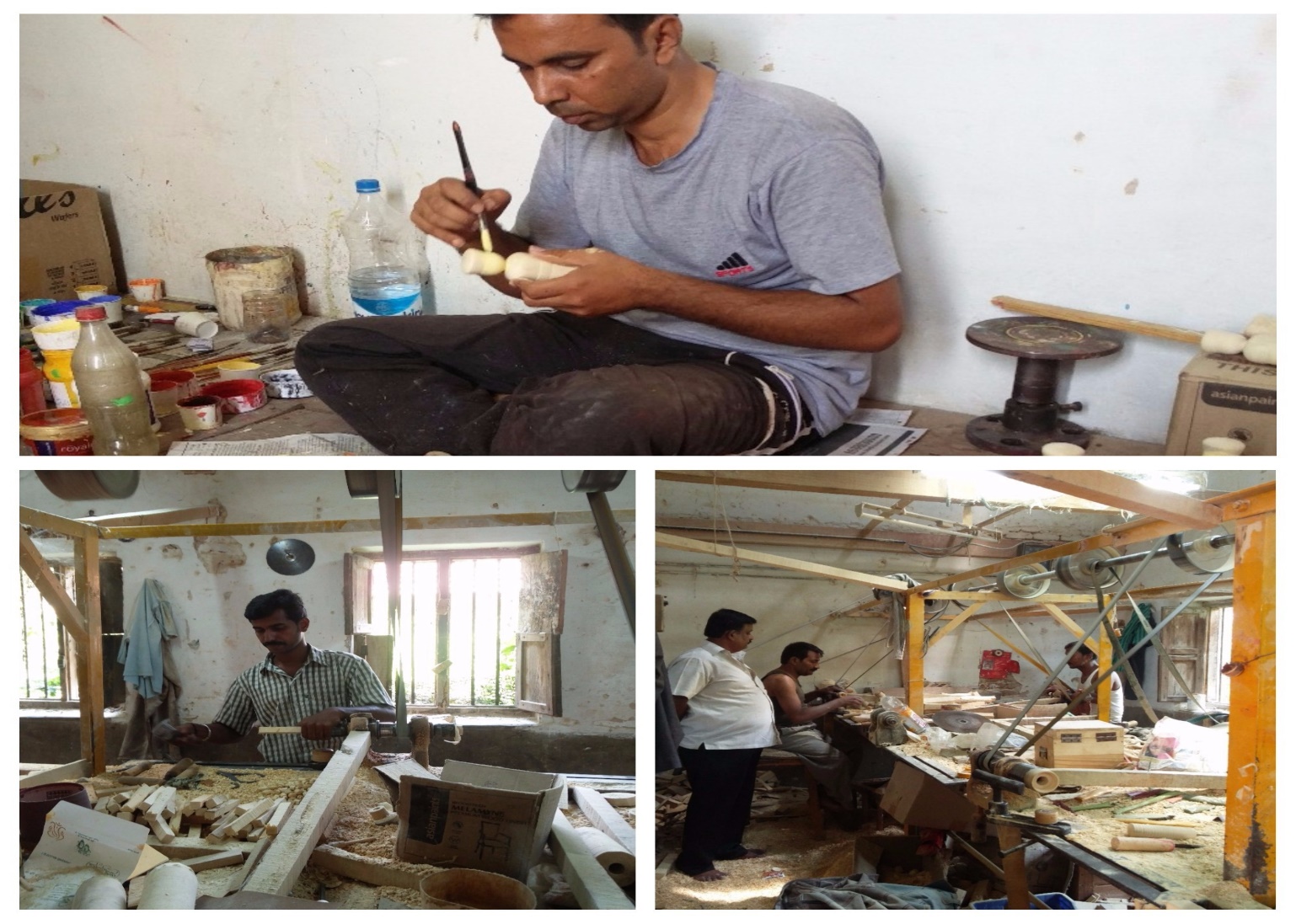 Like any other native art form Channapatna toys too has its share of problems. Firstly these products are not made in factories but in houses on small scale by local artists had to face fierce competition from the Chinese toy manufacturing companies, which also became largely popular due to their cheap rates due to which these local suffered financial setback and even came close to being shut down for good.

The Karnataka Government realised this and with the help of Karnataka Handicraft Development Corporation had taken up the initiative wherein the product prototype made by the artisans were sold in bigger markets and also better training environment was provided to the artisans in order to compete in the modern day competitive market and keep up with the changing trends . 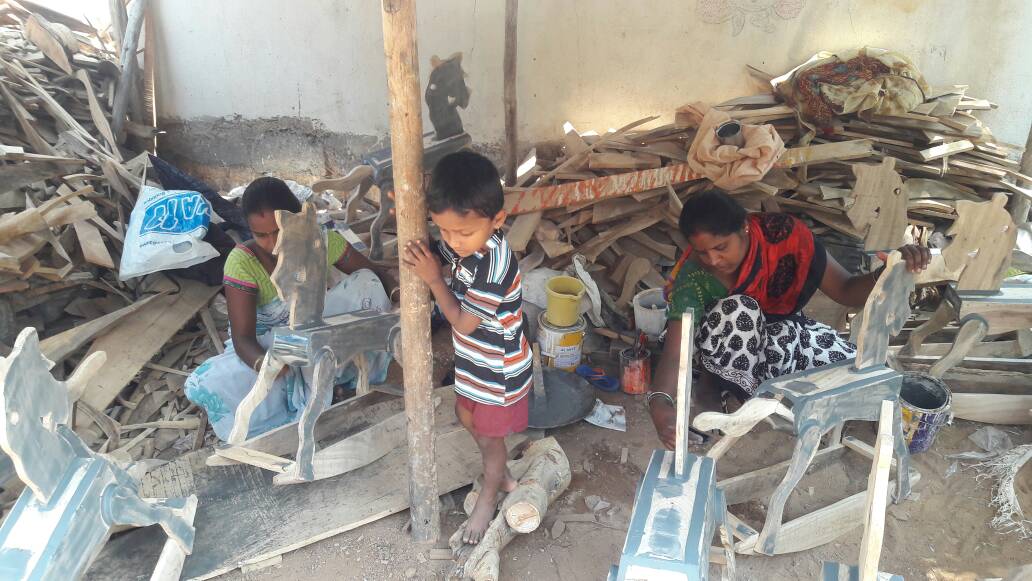 Over the years the popularity of Channapatna toys has grown immensely and the main revenue for this glorious toy industry come from exporting these products all over the globe.

Apart from the traditional toys that Channapatna is known for you can also find utility products like tea light holders, Diyas, Home Decorative, Wall Shelves , Souvenirs, Table Lamps and much more on www.theethnicstory.com which are all handcrafted by the local artisans of Channapatna.